Founder and President of Research & Development

An industry icon who has established two highly unique brands – Rainbow Light and Pure Essence. He is a Certified Nutritionist, Certified Nutritional Consultant, and one of a handful of American Superior Herbalists. He is widely known as one of the natural industry’s most holistic thinkers, innovative formulators, and exceptional speakers.

Jery’s dedication to the natural health movement has spanned over 40 years. In 1978, he was a key member of a team of nutritionists who introduced spirulina to the US Market. A year later, he became the National Sales Manager for a major spirulina importer. Through his continuing education seminars, he made “green foods” a household term.

In 1984, Jery founded Rainbow Light Nutritional Systems and made it, virtually overnight, one of the industry’s largest, most successful brands. There, Jery introduced the world’s first food-based vitamin and mineral formulations.

In 1990, Jery sold Rainbow Light to pursue natural research. It was during this time that he developed a love and appreciation for Traditional Chinese Medicine (TCM) and Ayurvedic disciplines. He also discovered Superior Herbalism, which is the world’s oldest and most profound system of health building dietary supplementation.

After seeing what Superior Herbs can do, Jery founded Pure Essence in 1998. Incorporating these remarkable plants into supplements and nutraceuticals, he took the whole food experience to a whole new level. The first formulas he created were for women experiencing menopause and perimenopause. He focused there because of his wife, Margareth, had an emergency hysterectomy that left her with instant hormone issues.

He then focused on developing new formulas utilizing new ingredients that were just becoming available. As a result, Pure Essence became an industry leader, with formulations that address underlying causes in ways that competing products do not. 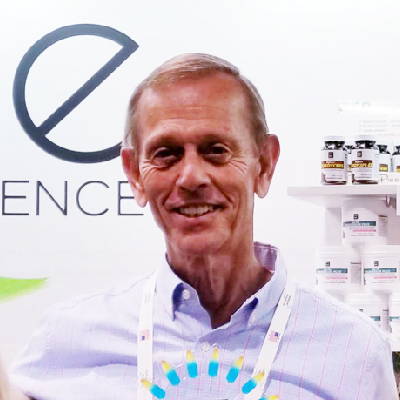